Nashville, TN, June 30, 2020 – Whether lending his aural sensibility to breakthrough releases like Kings of Leon’s Only By The Night and Modest Mouse’s Good News For People Who Love Bad News or capturing intimate moments in the studio with eclectic singer-songwriters like Tom Waits and Norah Jones, producer/engineer Jacquire King has made his mark in music by knowing how to use the right combination of a classic analog recording sensibility with the latest in digital technology. By employing variations of this combination to suit the artists he works with, King has been able to create recordings with unique and contemporary sonic identities, something that he sees as vital to their success and longevity.

The DNA of modern recording
King’s combinative approach to the analog and the digital were born out of his own sensibilities as a listener. Raised on rootsy genres like classic rock, rhythm and blues, and soul music gave him an appreciation for passionate, human performances. At the same time however, King was drawn to the production creativity of golden age hip-hop and early electronic records for their sonic boundary pushing as well as their ability to reclaim these human elements in different contexts. This gave him a taste for seeking out ways to combine an old school sensibility with the latest sonic flavors that he could get his hands on to keep things fresh and interesting. “My philosophy as a producer and engineer is to find the most powerful combinations in the studio between sound and technique in order to move us towards a creative outcome,” King said. “This ensures that the artists will have a successful experience and that the end listener will be hearing something with a unique sonic stamp.”

Another key part of ensuring a unique sonic stamp on his productions comes from preserving the relationship between performers on the initial performances, something King says also informs the work to follow. “The relationships inherent in a performance and the way that people play together has its own unique ‘grid’ and personality,” he said. “When you make the relationships a part of the DNA of the recordings it creates a unique identifier and everything you add on after the fact is informed by that identity.”

Building off the ‘organic grid’ from there, King will often add programmed percussion and other elements to flesh out the sonics of the song. Doing so allows him to add depth and detail to the arrangements, something that the performers themselves will often key off of when adding overdubs later on. “Having those elements can help give them something to react to when performing,” he said. “It elevates the moment for the performers to have all that texture and you’ll sometimes get stronger performances out of it.”

Accuracy and precision
King primarily works out of his private studio just south of Nashville. He uses a combined analog and digital signal flow, often tracking to 2” tape while mixing in Pro Tools with a Quad 8 desk. A meticulous listener, King started using Amphion Two18 speakers for his monitoring needs in order to ensure that he was getting the most accurate response possible. “I was hosting a Mix with the Masters and one of the attendees strongly suggested I check out the Amphion line,” he explained. “Soon after, I had the opportunity and I was immediately blown away by how precise they felt. It was totally different from any other monitor that I had heard before.”

King had previously used many different types of monitors but had struggled to find one that was giving him the accuracy and truth that he needed for his mixes. “I don’t like the modern take on the studio monitor because it makes everything sound ‘good’,” he said. “When that happens, you aren’t working as hard as you should be to manage your frequency spectrum and you end up having a lot of translation issues.”

Since he began using Amphion four years ago, King says that he’s been able to trust his ears much more and that his workflow has benefited from the clarity and honesty. “They are incredibly accurate speakers and they’ve been a real lifesaver for me,” he said. “Previously I was mixing a song a day. Now I know I can trust the frequency response and crossover points so much that I’m mixing two or three songs a day and getting way fewer notes back from clients.”

“I trust then more than any monitor I’ve ever had,” he continued. “It helps me to mix with confidence, and at the end of the day they just disappear and help me move at the speed of my creativity.”

About Amphion
Amphion Loudspeakers Ltd. was established in 1998. We design and build loudspeakers that are characterized by honest and accurate sound reproduction. Precise driver integration ensures world-class imaging and phase coherency. Controlled dispersion technology helps achieve more stable results in a variety of room acoustics. All products are handmade in Finland (and the Amphion amplifiers are assembled in Finland) to ensure enduring listening quality. 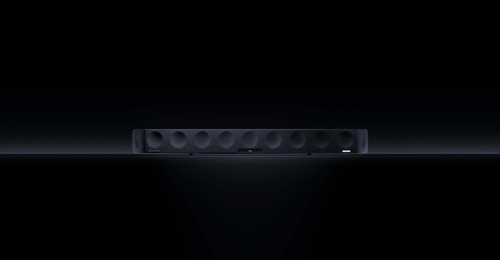